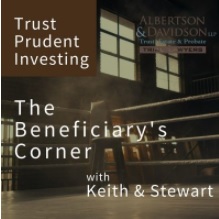 The basics of Legal Malpratice.

To sue for legal malpractice, a plaintiff must prove:

Duty – An attorney must owe a duty to either a client or an intended beneficiary of the client (such as a Trust or Will beneficiary);
Breach – The attorney must have breach the duty to the client by making a mistake that a reasonable attorney in the same area would not have made;
Causation – the mistake must have a reasonable connection to the harm that was incurred by plaintiff; and Damage – there must be monetary damages that have been incurred by plaintiff.

Hypothetical
Let’s consider a hypothetical situation to demonstrate the problems that arise and the options you have to file a lawsuit based on attorney malpractice. After the hypothetical, we will discuss the application of the rules of malpractice in more detail.

The Facts
In 1998, Ron and Nancy Smith created a revocable, living Trust. Under the Trust, their entire estate was to pass to their three children equally after Ron and Nancy’s deaths. After their Trust was created, their oldest son, Jim, had come into a substantial amount of money through work and an inheritance from his wife’s side of the family. Ron and Nancy’s other two children, Pat and Linda, were not as financially secure. Jim also was distant to Ron and Nancy and only saw his parents once every couple of years; as opposed to Pat and Linda who visit their parents regularly.

As a result, Ron and Nancy wanted to change their Trust to leave everything equally to Pat and Linda and exclude Jim.

Unfortunately, Ron and Nancy waited until 2015 to make any changes to their Trust. By that time, Ron had begun to show signs of dementia, was no longer able to walk, and could not manage any financial issues. In February 2015, Nancy met with an attorney named Bob to draft a Trust amendment. Bob said it would be no problem to amend the Trust to exclude Jim.

Two months later Ron dies. Nancy then dies in June of 2016. The Trust is never amended again. At the time of Nancy’s death, the total value of Ron and Nancy’s estate is $3 million. Under the original Trust, each child would have received $1 million each; under the amendment, Pat and Linda would each have received $1.5 million.

Jim files suit to declare the amendment invalid because it fails to comply with the Trust terms. Pat and Linda’s lawyer advises them that Jim will likely prevail in his lawsuit because the Trust terms were not followed in amending the Trust. If Jim does prevail, Pat and Linda will each lose $500,000.

The Options
It now seems that lawyer Bob has made an obvious mistake in failing to have Ron sign the Trust amendment? Both Pat and Linda are going to lose $500,000 each due to this error, what should you do to fix it? Here are your options:

File a petition seeking to validate the Trust amendment.

Talk to Jim to work out a settlement.

Our Opinion
Listen to the approach that Stewart Albertson would take to fight for your inheritance.

Roundhouse
Listen to Stewart Albertson and Keith A. Davidson discuss the options and their recommended approach to this difficult problem.

The law of legal malpractice
To prove legal malpractice you must establish the following four elements: (1) duty, (2) breach, (3) causation, and (4) harm. These are the basic elements for most torts in California.

Duty. A plaintiff must show the existence of an agreement, either express or implied, that creates an attorney-client relationship. Once that relationship is established, then a duty of care can be established between the attorney and client. In other words, you cannot sue an attorney for malpractice unless he acted as attorney for the client—or agreed to do so. (Budd v. Nixen (1971) 6 Cal. 3d 195, 200.)
Breach. A plaintiff must show and error or omission by the attorney constituting a breach of the duty owed to the plaintiff. In other words, what mistake did the lawyer make? (Goldberg v. Frye (1990) 217 Cal App 3d 1258.)
Causation. A plaintiff must show actual cause between the attorney’s error and the plaintiff’s damages, and that the lost case would have resulted in a collectable judgment. (Daniels v. DeSimone (1993) 13 Cal. App. 4th 600.) This is oftern referred to as the “case within a case” because you first have to try the underlying case to establish that it would have won if handled correctly at time of trial, and then you have to establish that the attorney’s failure prevented that win from happening. It can be pretty complicated (more on this later—see section 5 below).
Damage. The plaintiff must have sustained actual damage, as opposed to nominal damage, or speculative harm. (Jackson v. Johnson (1992) 5 Cal. App. 4th 1350, 1355.)

But there is an exception to that rule in limited circumstances. An attorney may be liable to someone other than his client where certain factors are present, such as: (1) the extent to which the legal transacitons was intended to benefit the person bringing the lawsuit, (2) the foreseeability of harm to the non-client, (3) whether the non-client suffered damage, (3) whether the attorney’s actions was a direct cause of any harm. (Biakanja v. Irving 49 Cal. 2d 647,650.)

This set of factors is known as “intended beneficiaries” of the lawyer’s actions. The term “beneficiary” here does not refer to whether someone is a beneficiary under a Trust or Will; but rather, whether someone was intended to benefit from the legal transaction the lawyer undertook for the client.

In many legal scenarios, it can be difficult to establish whether a non-client of a lawyer is an “intended beneficiary,” but in Trust and Will matters it is much easier to do by the very nature of Trust and Will creation. By definition, Trusts and Wills name people who are to receive assets upon the client’s death (or sometime even during the client’s lifetime in the case of Trusts). This makes it easy to show that the intended beneficiaries of the Trust or Will are also “intended beneficiaries” of the attorney-client relationship for purposes of legal malpractice cases.

The case within a case
If you are going to sue a lawyer for making a mistake that made you lose your lawsuit, you first have to prove that your lawsuit would have won without the mistake taking place. Once you do that, then you have to prove that the lawyer is legally responsible for the mistake he or she made (not all “mistakes” are legally sufficient to win a malpractice case). This is the cases-in-a-case theory.

If, however, you are going to sue a lawyer for making a mistake that makes a Trust or Will defective (or invalid), then you simply have to prove that the lawyer’s mistake made the Trust or Will invalid. And then you prove that the lawyer is legally responsible for the mistake he or she made. In other words, the cases-in-a-case is much easier because the subject of the mistake is not a losing lawsuit, but rather a defective document. It is a little easier to prove a mistake made a Will or Trust defective because there are fewer factors to consider. A lawsuit is subject to dozens of actions or decisions that take place over a long period of time, so trying to tie a single “mistake” to losing the lawsuit can be hard to do. Whereas a Trust or Will is a one-time transaction that does not involve anyone else except the lawyer and the client—a much easier set of facts to prove.

In any event, the point is that you cannot just assume that because a mistake was made, a lawyer will then be held liable. It is a bit more complicated than that.

For malpractice claims, the statue of limitation is generally set by California Code of Civil Procedure section 340.6(a). Under 340.6(a), you must sue within the earlier of: (1) one year after the plaintiff discovered, or through reasonable diligence should have discovered, the facts constituting the wrongful act or omission, or (2) four years from the date of the wrongful act or omission.

The time for filing a malpractice lawsuit is extended during the time when any of the following scenarios are present:

The plaintiff has not sustained actual injury,
The attorney continues to represent the plaintiff regarding the specific subject matter in which the alleged wrongful act or omission occurred,
The attorney willfully conceals the facts constituting the wrongful act or omission when such facts are known to the attorney, except that the subdivision shall toll only the four-year limitation,
The plaintiff is under a legal or physical disability which restricts the plaintiff’s ability to commence legal action, or
In an action based on a written instrument, the effective date of which depends on some act or event in the future, the period of limitations is tolled until the act or event occurs.

Keith A. Davidson
Keith A. Davidson is an experienced trial lawyer for Albertson & Davidson who focuses his practice on Trust, Will, Estate, and Probate litigation. For over a decade, Mr. Davidson has passionately sought to help his clients resolve their legal problems and fight hard for their rights in Court. He enjoys thinking creatively to position cases for trial. His practice includes Trust, Will, Estate, and Probate litigation cases filed in Los Angeles, Orange, Riverside, San Bernardino, and San Diego counties.